Get A Scuba Refresher

Has it been over a year since you last dove? This refresher will update and review the knowledge and skill level of an inactive diver 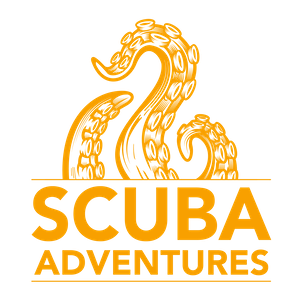 Looking to go for a dive but haven't invested in your own gear? We'll suit you up in our high quality rental equipment for a great price!

What's Your Next Scuba Adventure? 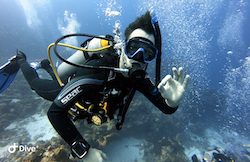 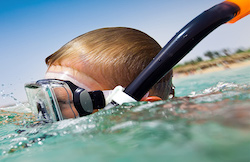 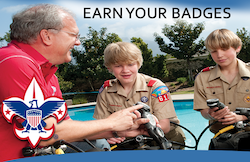 At the Scuba Ranch we have a reserved pavilion 365 days of the year, an underwater training platform and plenty of things to see such as boat and plane “wrecks.” 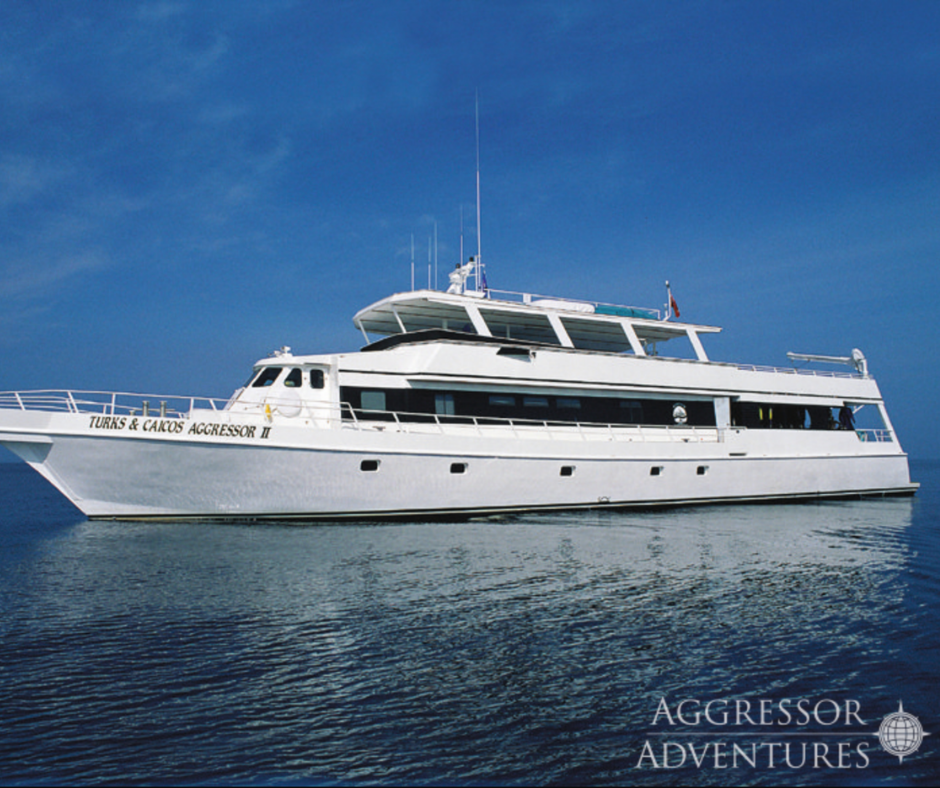 The gentle hiss of the air as you breathe in and out. The bubbles and refreshing water around you. The feeling of calmness, peace and quiet. The underwater world is full of light, color and life. The corals are beautiful and the fish are mesmerizing.  It’s amazing, and unlike anything you’ve ever experienced.

Who can learn to dive?

Almost anybody. The minimum age is 10 years old and there is no maximum age. You don’t need to be an Olympic athlete but you do need to be generally fit and healthy.

No it isn’t. Scuba diving is a safe and fun family activity. Just listen to your Instructor and follow the safety rules.

Yeah, but what about sharks?

Sadly shark populations are in a sharp decline and unless you are diving a site that promotes shark dives, you are unlikely to catch a glimpse of a passing shark. It’s a bit of a bummer, because as the joke goes “scuba divers are the only ones who jump IN the water when someone yells Shark, lol!”

If sharks are all you want to see, consider signing up for a shark dive in Australia, Egypt or South Africa where shark dives are the norm. The Bahamas are world renown for their shark dives (they bait them) where divers kneel on the bottom and watch the shark whisperers pet and feed the sharks and sometimes they will flip the sharks over and put them in a trance.

Spear fishermen get to see sharks way more often than scuba divers because sharks learn that the sound of a spear gun means free food and they will sometimes show up and take the fish before anyone can get it back to the boat. This ticks off “spear fisher people” to no end.

Otherwise, depending on where you dive, a scuba diver could go more than 100 dives without seeing a sharky shark.  If you’re lucky you may see one, but it’s more likely he will go out of his way to avoid you.

Can I dive if I wear glasses?

If you wear soft contact lenses, you can wear those when you dive and enjoy excellent vision. If soft contacts aren’t an option, No problemo! ScubaPro and Tusa both make world class dive masks that allow a diver to insert a prescription lense.  They are very affordable and often the dive shop will have your specific prescription already in inventory.

Do I need to own all of my dive gear?

If you’re taking a discover Scuba class, we provide the mask, fins and snorkel.

When you are ready to get certified, you will need your own mask, fins and snorkel. It’s imperative that your mask and fins fit properly and the dive shop carries a wide variety of gear to ensure you get a proper fit.

All scuba gear (regulator, wetsuit, tank, BCD, weights and dive computer), is included in the price of your certification.

Google
I can’t recommend this place enough. After moving to the area, I read a lot of reviews and emailed several dive shops before going with Scuba Adventures. I choose them because they were the most responsive and helpful. The owners seem to not only be great divers but have business backgrounds. This is the most focus on customer service I have seen in a dive shop. Good inventory with all of the brands I could ask for. On point with their pricing. If you do find a better price they will work with you.

I ended up taking the Rescue Diver course and had a blast! I just got back from a dive trip with them at Lake Travis, very enjoyable. They also have one of the only indoor pools (18 ft.) in the area.

At Scuba ranch they have a big spot that is one of the easiest to get to and a nice pavilion for training. They are right next to the air refill station, which I love! Family and friends are welcome at the ranch. Good community there on weekends and you'll most likely find a dive buddy for a fun dive.

Google
Scuba Adventures and their staff are beyond amazing! Their Plano store has a very wide selection of equipment and the pool is 18ft deep! Their Scuba Ranch location is amazing and still growing, with plenty of room and seating. I’m a fairly new diver and all the instructors do an amazing job of making me feel safe and secure deep underwater. Their staff is always very helpful and I can’t wait to continue my diving knowledge and certificates with them.

Google
Found a great diving shop for all my gear. Been living here in texas for awhile and this shop has just what I needed. Really recommend scuba adventure for all your gear.

Google
Went in last week to pick out goggles for an upcoming trip— loved the selection of masks they had available! Ended up picking out a hot pink pair to shamelessly match the other accessories I’d picked out.

Google
The new owners are the greatest! Their positive approach towards people and the sport of diving are huge part of the reason I love the sport. When they told me they were going to open a dive shop; I knew without a doubt I was going to be their customer. I have taken several dive adventures with them and other scuba diving misfits, and plan on taking many more.

Google
Decided to revisit this shop since it is under new management. Already impressed with the facility improvements - by far the best training pool I have seen. Looking forward to the roll out of the full training curriculum - will be able to go from open water certified through all kinds of technical specialties. Good dive gear selection. Owners really have a great vision for promoting scuba diving and ocean adventures.

Google
This is the shop with the most experienced and competent personnel in the metroplex. Their commitment to safe, enjoyable and professional instruction is obvious from the first time you enter the store and meet the staff and owners. I have dove with most of them over the years and know first hand the love of diving they have and now share with the community as the new team. They are knowledgeable and up to date with the latest dive info. Don't miss a chance to dive with them.

Google
In January 2020, Scuba Adventures was purchased by divers that were affiliated with a different scuba store. These same divers taught me to dive, and got me to fall in love with scuba diving (despite me being pretty scared to start). I trust them, enough that I opted to take a trip with them to Cozumel for diving in 2019. It was one of the best trips of my life, and now I'm already signed up for their Costa Rica dive trip in 2020 with Scuba Adventures. I haven't visited the shop yet, but I can 100% vouch for the new owners--they are knowledgeable divers, good people, and all around amazing.

Google
Owners and staff are professional, knowledgeable, and friendly. Allowed me to try backplate and wing set up in the pool. They did not pressure me to buy anything, but gave great information on products and financing options. All in all great staff and would recommend them to anyone!!!

Google
Great customer service, from the owners to the employees. Very knowledgeable about everything and anything pertaining to scuba diving. The instructors are highly educated and experienced in scuba diving. They put you through real life scenarios, so you know and understand what to do in the event something happens while you are under water. My family and I learned a lot about scuba diving in a very short amount of time. We will definitely keep taking additional courses with Scuba Adventures as we progress. We definitely reccomend Scuba Adventures to anyone wanting to learn and get scuba diving certified.
Read more...
5
Excellent